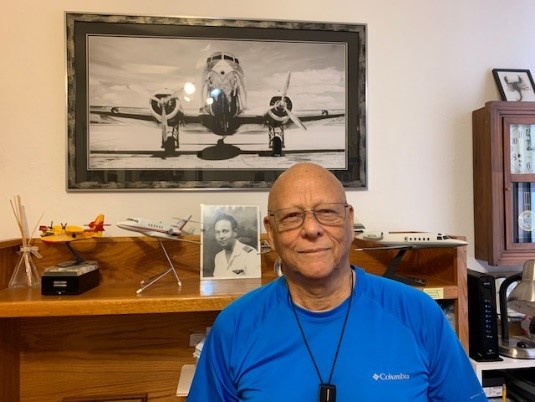 His career started in British Guiana (Guyana) in the early ’60s as an aircraft mechanic, then as a bush pilot flying over the heavily forested regions of South America. He survived the dangers of single-engine operations for many years. He moved on to a new and more structured career and eventually as Captain in the national airline.

Having lived in six countries during his unique aviation career, he has accumulated extraordinary experiences, incidents, and events that have led him to become an author and published writer of true stories of some of his adventures.

He started a company to develop aviation training for new pilots in foreign countries and successful in achieving approval for a Flight School in China.

Dave is now a Freelance journalist – Writing articles on various subject matters, including Travel, Health & Wellness, and all aspects of the Aviation industry. Published author of two books – click on True Stories to see the books.

Dave is part of the team of corporate writers for ModelWorks Direct. He writes articles on custom model aircraft and writes a series called – From Static Models to Flying Machines!

I started my aviation career at eight years old! I became fascinated by all types of aircraft models, both static models as well as model airplanes that fly. Those stories are for another time.

My initiation into the airline industry came as an aircraft apprentice mechanic in my country’s national airline. I learned almost everything there is to know about the repairs, maintenance, and overhaul of aircraft during this initial period.

I had the best trainers, mentors, and supervisors one could want! I learned the basics of airframes, engines, and how to maintain aircraft. I was taught various trades and enjoyed sheet metal repairs. This was mainly due to the types of planes we were managing at our home base. Saltwater corrosion was the main factor that affected the seaplanes at our base of operations.