Crash of a CH-148 Helicopter 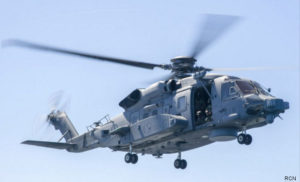 A Canadian Navy Cyclone (CH-148) helicopter crashed off the coast of Greece during a recent NATO exercise.

The accident occurred on April 29 some 50 miles from the Island of Cephalonia. Six people were on board at the time of the crash, and search and rescue operations are still underway. After several hours, only one body was recovered. Five remaining occupants are still listed as missing.

The aircraft was attached to the 12 Wing and operating from the HMCS Fredericton Frigate during an international NATO surveillance exercise including, Italian, Greek, and Turkish ships in addition to the Canadian contingent.