The shape of things to come! Joby eVTOL Aircraft

Is this a helicopter or an airplane? Well, both, actually!

A California-based company developing an all-electric aircraft for commercial passenger use has made a significant leap in the world of aviation. This new type of aircraft will usher in the new age of “aerial ridesharing.”

This aircraft (Joby eVTOL Aircraft) has undergone over 10,000 test flights during the past ten years! It has achieved the first certification basis by the Federal Aviation Administration (FAA) for eVTOL aircraft. It is also the first company to be granted airworthiness approval by the US Air Force.

However, the most significant achievement is the partnership with Toyota for production facilities and the recent purchase of Uber Elevate! This service is the air taxi of the not too distant future. If all systems go and certification is granted, commercial operations are scheduled to start in 2024.

Initially, Joby eVTOL Aircraft under development for certification is a pilot plus four-passenger, emissions-free aircraft, which can travel up to 150 miles at speeds up to 200 miles per hour.

What is unique with this organization is the planning that has gone into the groundwork to ensure end-to-end coordination and compatibility with facilities. That will allow aerial ridesharing to become an acceptable method of travel in congested cities and urban areas. 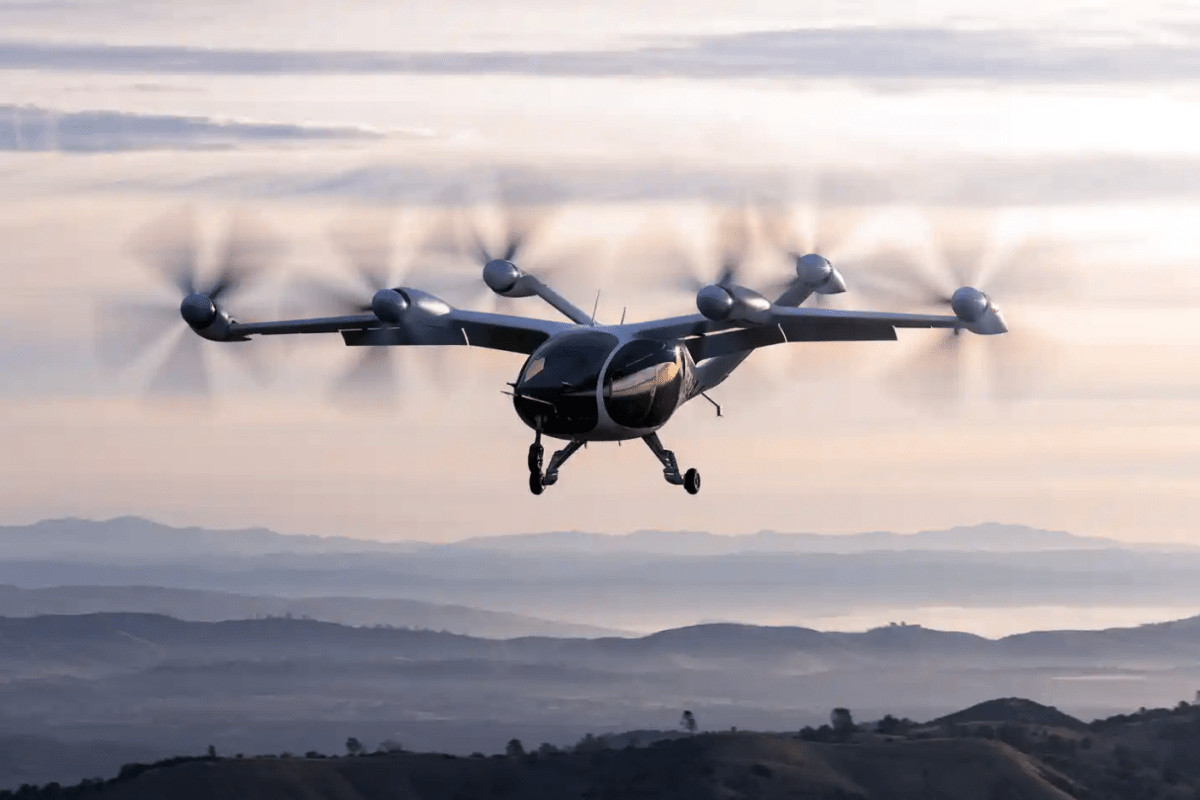 In airplane mode for forwarding flight

The partnership with REEF and NPG will offer access to underutilized assets into multi-use mobility hubs. REEF assets include 5,000 sites across North America and Europe. Joby will gain access to an unparalleled range of rooftop locations to be developed as new Skyport sites through this partnership!

Parking garages are ideally suited to becoming mobility hubs. They are typically located at popular destinations, would not require structural modifications, are usually obstruction-free zones for arrival and departure, and have seamless connectivity to micro-mobility, public transit, parking, and ridesharing.

The Joby eVTOL is expected to be 100 times quieter than a conventional helicopter, thus not adding to the noise factor in congested city settings. The focus initially will be on Los Angeles, Miami, New York, and San Francisco.

The future for this type of personalized method of transportation is a few years away. However, please keep in mind that when Uber was first introduced to the public, it had many negative reviews and was thought to be a one-hit wonder and out of business in a few years.

How times have changed. Uber and Lyft have become stable operators in many parts of the world and dependable to many users for short-distance road trips. They will never replace the urban taxi service that most big cities rely upon; however, the innovations around the corner and a few years away from being implemented are well on their way to operational certification.

The one major stumbling block yet to be conquered is the reliability of the new batteries that will power the new eVTOL inventions.

I will keep you up to date on the progress of Battery power, making them smaller, lighter, and adaptable for the utilization in the new electric aircraft of the not too distant future.