The Explosion of DRONES!

You are probably aware of Drones and recent advances in the amazing technology that has accelerated the growth and expansion of this industry. Initially, when they were introduced, well over two decades ago, drones were marketed as toys for kids!

However, this was merely the tip of the iceberg! Research, production of vastly improved drones were already under development both for military and commercial use. The name you were probably more familiar with is “Unmanned Aerial Vehicle” or UAV as they were popularly known in military terminology.

While the military was updating and upgrading UAV technology, the manufacturers of these unmanned flying machines foresaw the future of UAV’s in the everyday world we live in. Massive resources were directed to new applications that could be utilized, and Drones for Commercial purposes came of age.

In the past two decades, many programs were under development for drones to be utilized as delivery vehicles. Amazon, Pizza Hut, UPS, FedEx, and a slew of other organizations made applications for trials and approval for home delivery services.

In recent years, the FAA and administrations responsible for this type of program have authorized trials to prove that the services provided were within safety rules and regulations. It also meant that new regulations and procedures had to be implemented for this type of service.

The FAA recently approved two new flight rules for Drones. This will have a major impact in fostering new applications for the use of Drones and an explosion of new industries applying for this type of “pilotless delivery service,” not unlike the “driverless vehicles” soon to increase on the highways across the country.

Aircraft are required to be identified by number and letters usually found on the aft section of most aircraft, and easily identified as which country the specific aircraft may be registered. In a similar manner, Drones will also be required and licensed under the new FAA rules.

The new rules include approval for ‘flight at night over people,’ not allowed until the rule was approved. In the Drone parlance, we call in BVLOS – Beyond Visible Line of Sight. This is an entirely new playing field for the growth of the delivery service industry!

The technology for this type of unmanned flying machine has been increasing at a rapid pace, and many new innovations will be unveiled in the next two years.

I mentioned one such invention earlier this year in a blog on my site www.aviationhotshot.com. It is called the “Ambulance Drone” carrying a defibrillator and the ability to save a life in a few minutes as a first-aid tool, and able to be administered by a civilian!

Here is an exciting new Drone application project developed by United Parcel Service that has the industry buzzing……..

I would like to share some news about a UPS program that has the industry buzzing with anticipation and since the recent approval from the FAA, I am excited to see how rapidly the Drone Delivery concept unfolds.

UPS is the first airline to be awarded a Part 135 operating certificate for a Drone operation by the Federal Aviation Administration.

UPS has plans to develop programs with hospitals and medical providers for the delivery of life-saving medical supplies as well as door-door delivery during peak holiday periods.

In addition to the normal package delivery service that UPS is famous for, it has developed a partnership with CVS pharmacies to deliver health-care products and over-the-counter medications to residents by drone!

UPS has also taken a proactive approach, and an all-female drone flight crew has been set up and will hopefully inspire a new generation of female drone pilots. 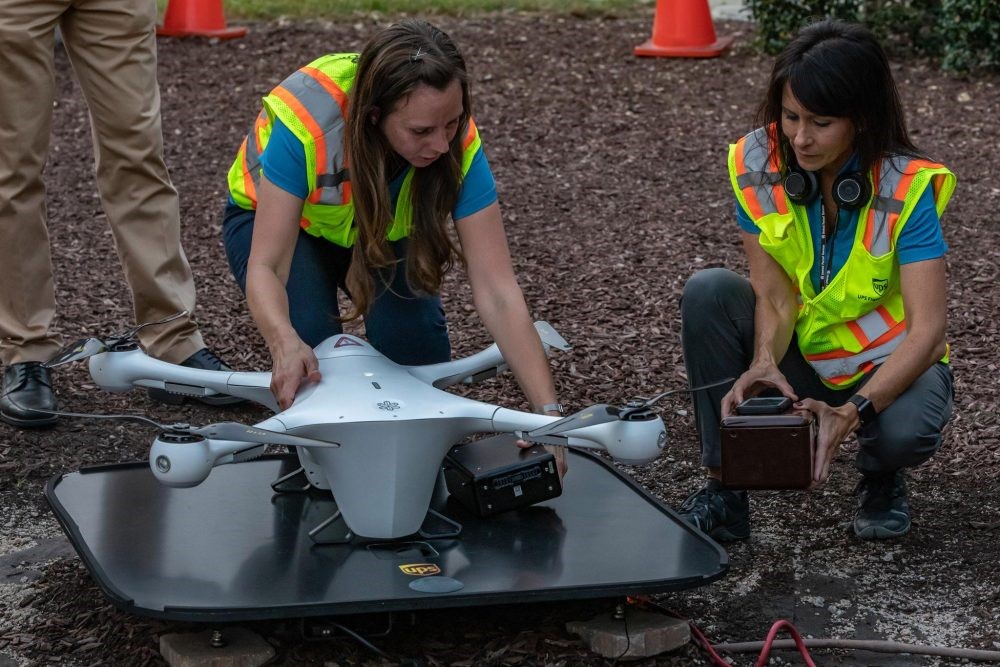