Boeing recently pulled out of a 4.2 billion deal with Embraer. It was slated to be a major acquisition that would allow Boeing to match a similar acquisition between the other two major aircraft players in the industry, Airbus and Bombardier.

Boeing apparently felt that Embraer had failed to meet stipulated conditions for closing the transaction, but Embraer said Boeing had sunk the proposed deal, because of wider financial problems it faces as a result of the coronavirus crisis and the grounding of its 737 MAX.

This has all the makings of a prolonged legal battle as Embraer has already threatened to sue Boeing for its failure to complete the agreed-upon program which was initiated back in 2018.

The aviation industry has kept a close watch on the two major aircraft manufacturers – Boeing and Airbus as each company seek to dominate the worldwide sales of airliners, from regional jets to large wide-body airplanes.

Airbus, by virtue of its completed acquisition of Bombardier, has already seen increased sales of the regional jet (C-Series jets) and renamed as the A220 which has enjoyed sales success. 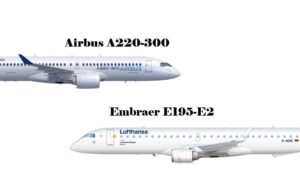